The assassinations have been effective in slowing recruitment of government officials, he said. “Am I going to live through the workweek? No one should have to ask that question.”

This is what we have to get our enemies to ask themselves. This is absolutely the correct strategy to take. Many in the struggle think we need to have running gun battles with the Great Satan's military. THAT is a fantasy.

The only thing about this story that's disappointing is American officials aren't included in the story. I guess they are hard to get at, living in a fortress surrounded by heavily armed military forces and helicopter gunships. But that won't happen in North America. They may work in a green zone or the highest officials reside inside, but the vast majority of the illegitimate ZOG government will live outside that zone. And when ZOG turns North America into a armed military prison, it's only a matter of time before the political calculations kick in.

“My family pushed me to give it up,” he said. “I know so many people who are afraid to take jobs with the government or the aid community now. It’s a very effective and very efficient campaign; the armed opposition are using this tool because it works.”

We need armed opposition. Until that happens, all this bleating about a white ethnostate or throwing off our judaized masters will be just that. Why should the enemy fear talk? It's worthless without something to back it up.

And the best thing? People like Mark Halperin and his traitorous ilk will be lining up against the wall or an Overpass with a hemp necklace. It can't come too soon for me. 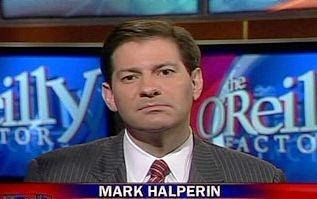 Taliban Steps up the resistance
Posted by Orion at 10:23 PM

Hmm, I guess all loyal, patriotic government officials will resign from Government service rather than violate the Constitution.

So, we really don't have to worry about a police state!

Let's hope they do. Then we won't feel so bad about offing government officials when the civil war starts :)