I've been reading this great blog I found recently called Global Guerrillas: Networked tribes, systems disruption, and the emerging bazaar of violence. Resilient Communities, decentralized platforms, and self-organizing futures. By John Robb .  It is a virtual goldmine of information and forecasting for the brave new world ahead of us.  He wrote an essay a few years back about the decentralization of security and what that would look like.  It sure looks like to me what a lot of WNs have been saying only in slightly different terms

Here's an excerpt from the essay Security: Power to the People..

Security will become a function of where you live and whom you work for, much as health care is allocated already. Wealthy individuals and multinational corporations will be the first to bail out of our collective system, opting instead to hire private military companies, such as Blackwater and Triple Canopy, to protect their homes and facilities and establish a protective perimeter around daily life. Parallel transportation networks--evolving out of the time-share aircraft companies such as Warren Buffett's NetJets--will cater to this group, leapfrogging its members from one secure, well-appointed lily pad to the next. Members of the middle class will follow, taking matters into their own hands by forming suburban collectives to share the costs of security--as they do now with education--and shore up delivery of critical services. These "armored suburbs" will deploy and maintain backup generators and communications links; they will be patrolled by civilian police auxiliaries that have received corporate training and boast their own state-of-the-art emergency-response systems. As for those without the means to build their own defense, they will have to make do with the remains of the national system. They will gravitate to America's cities, where they will be subject to ubiquitous surveillance and marginal or nonexistent services. For the poor, there will be no other refuge.

Sure sounds like the scenario assumes a National Government abdicating much of it's power except for in the cities, which we know will be mostly dark and non-white. This means that no longer can a Federal Government dictate who lives in your community or what you must accept by decree.

As I've been going over the blog I found this gem in the comments section of this essay and it reflects my strategic thinking on insurgency tactics:

I think the 4th gen solution to airpower dominance of the nation state doesn't rest with sams but rather in a python like embrace of airpower's logistics chain. Fighter jets and bombers are complicated platforms to maintain and supply. A competent 4th gen organization will try to deny the nation state's control of the air by attacking airbases, fuel and arms depots and even the very manufacturing facilities of the aircraft and their critical components. A stinger manpad will run in the usd80k-usd100k range, for the same amount i'm sure some multinational 4th gen group could ram a jetliner into the f-22 assembly line putting back the program significantly. With sophisticated systems like fighter jets there must be hundreds of bottlenecks that could be targeted. Remember 4th gen is strategically attractive and as we see in iraq there are already shortages developing , imagine how much worse they could be if the opfor were targetting the full length and breadth of the logistic network all the way back to the factory floor or even all the way back to economic system funding the R&D.

The Great Satan has never had it's supply lines seriously challenged ever and is the secret to it's massive power.  Take out even one aspect of the supply chain and they cannot exercise their will over us.

Without air power, without drones, our enemy is beatable.  We can win our White Ethnostate as these communities coalesce out of a common need for defense.

I can't wait.  I hope you'll check this blog, very thought provoking material and something I hope every aspiring insurgent can absorb and act upon.  We can win, but not through the current system, notwithstanding the Hunter Wallace types, bless his heart.
Posted by Orion at 9:00 AM No comments:

Dealing it out to traitors

Iran’s judiciary reported that the man, Ali-Akbar Siadat, had been hanged at Tehran’s Evin Prison after being found guilty of passing on to “Iran’s enemies” information about the country’s military forces, including facts concerning the missile program operated by the Islamic Revolutionary Guards Corps.

When are we going to deal out justice to our people's enemies?  People that send White men to fight and die for jewish interests?

Davis said Corzine joined the Marine Corps after attending Civic Memorial High School in Bethalto. He followed in the footsteps of his older brother, Nick Corzine.
Other survivors include Corzine's 3-year-old daughter, Macy Mae Hart of Wood River; his mother, Carla Corzine of Moro; and his father, Kenneth Corzine of Wood River. 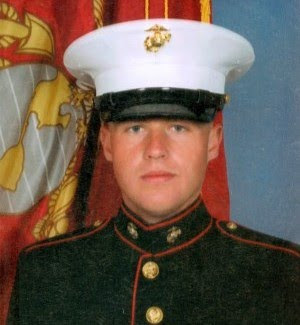 Another little White girl left without a father, another father without a son. This is where we need to focus our efforts educating these men on the real enemy. It is not some mud Afghanistani fighting to defend his culture and way of life from decadent democracy.

If we can do that, maybe we can start seeing some of our enemies swinging from lampposts or dropping dead from head shots.  Ultimately that is our only hope.

They may be driving while blind.

Jason A. Ross, 31, a tractor-trailer driver from St. Louis, is charged with vehicular homicide, vehicular assault and driving under the influence of alcohol in a wrong-way crash that killed one person and injured two others, police said. 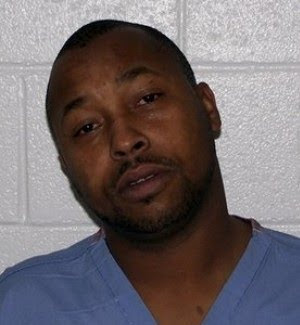 Or DWB - Driving While Black
Posted by Orion at 9:54 PM 2 comments:

The Ghost of Christmas Past and Present

You know, during this time of the year, I sometimes go back and reflect on all the Christmases I've experienced in my life. The seasons, the shows that were on TV and Radio. I haven't seen A Charlie Brown Christmas in years. Do they even show it on TV anymore? I remember watching this as a toddler sitting in my daddy's lap. Then my mom would turn off the TV and read us Christmas stories. Those were great times that ingrained into me the values and traditions of my people. Charlie Brown's Christmas was about the true meaning of Christmas and the rejection of secular commercialism as the main force driving it.

Today, our enemies are trying to uproot us from our culture and traditions, the prerequisite for our utter destruction. Dave Duke presents an example of what happens when someone simply says no. That's all we have to say: NO! Just stand up and say NO!

Never forget that we are at war with evil that never rests. Neither should we.

Merry Christmas to all my Kinspeople and God be with you forever.
Posted by Orion at 1:06 AM 2 comments: