What a Tangled Web We Weave

When first we practice to deceive.  Egalitarianism is a lie.  It has been proven over and over again that no amount of money or resources can educate the ineducable.  Yet it is the mantra of the alienists who keep trying the same thing over and over with the same disastrous results for Whites.  When they have failed and turned once safe neighborhoods and cities into jungles unsafe for Whites, they pack up and repeat the process all over again.  This is the definition of insanity.


It all began when the Turners, a St. Louis family that had been sending its kids to the Clayton Schools as tuition-paying students, decided to sue for reimbursement when the St. Louis Public Schools became unaccredited. The decision for the Turners to pursue the lawsuit was based on Missouri Statute 167.131, which allows students residing in an unaccredited school to go to a school in another district.

A black family (actually 4 in the lawsuit), having destroyed the school districts in St. Louis City, are trying to get out of paying the tuition the Clayton school district offered them in return for allowing their children the privilege of attending White schools in the county.

Currently, only St. Louis and Riverview Gardens are unaccredited among Missouri school districts. In the wake of last year's Supreme Court ruling and further legal action, another judge in St. Louis County ruled last month that the Webster Groves schools must accept a high school student from St. Louis. Webster Groves plans to appeal that decision.

These are majority negro schools and are war zones in the city.  Now the Missouri Supreme Court has ruled that YOU MUST TAKE IN Negros from other districts after they have destroyed formally White ones.

See a pattern here?  Your government wants you to share in the misery that is DIEversity.

Back in '57, the United States Government forced integration onto Whites at gunpoint.  The hateful alienists jumped for joy. 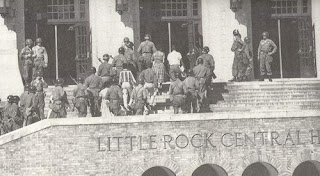 Now we are left with this in many parts of formally White America: 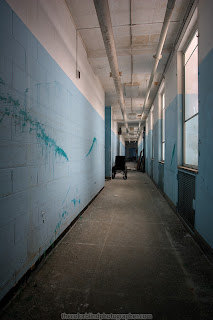 It's all a tangled web of lies and deceit.  There is no such thing as equality and anyone that tells you different is a fool.  So if you have children in St. Louis County (St. Louis County and City are separate) you should pack up and get out now, at least until we Whites get a backbone and tell the government to go to hell!

Story here and here.  Between the lines letter to White parents about the lawsuit here (PDF).
Posted by Orion at 9:01 PM