Welcome To America. The Remix. 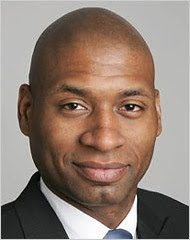 A Quinnipiac University poll released on Wednesday took a look at the Tea Party members and found them to be just as anachronistic to the direction of the country’s demographics as the Republican Party. For instance, they were disproportionately white, evangelical Christian and “less educated ... than the average Joe and Jane Six-Pack.” This at a time when the country is becoming more diverse (some demographers believe that 2010 could be the first year that most children born in the country will be nonwhite), less doctrinally dogmatic, and college enrollment is through the roof. The Tea Party, my friends, is not the future.

You may want “your country back,” but you can’t have it. That sound you hear is the relentless, irrepressible march of change. Welcome to America: The Remix.

Rest of the trash here

Chuck wrote this, got it approved by his jewish bosses at the New York Times, then went home to his white boyfriend and had a good laugh.

I leave it as is without further comment.
Posted by Orion at 10:05 PM

I hope the smug look on this nigger's face and the race baiting acid of this hack's words(and those who parrot the same tripe) elicits the push back that I've been waiting a long time for.

What will you do now, White Man? You've been backed into a corner, your very existence is a hate crime, and now the usurper is jabbing his bony finger in your chest, rubbing salt in your wounds with his invective, mocking your very dispossession.

"... anachronistic to the country's demographics ..." Freedom of speech for the N-word demographic: http://www.youtube.com/watch?v=IN5StQAr7n0

I saw this article on another blog, and couldn't get over the smug, self-righteous look on that nigger's ugly mug. He really thinks this country is his now, eh?

WELL WHAT ARE HIS CHIMP PALS GOING TO DO WHEN EVERY WHITE MAN IS GONE, AND THERE IS NO ONE TO RUN THE SHOW FOR THEM OR FOOT THE BILL FOR THEM, ala RHODESIA OR SOUTH AFRICA?

THESE JIG JUST CAN'T THINK INTO THE FUTURE, CAN THEY? Its all about instant gratification, which also explains their crime rate and sexual promiscuity rates.

I saw this article elsewhere, and was struck by the smug, arrogant look on that jig's face.

What these muds don't realize is, what the hell are they going to do when YT isn't here to feed them/fund them/fix things for them anymore?

Because of their genes they can't think that far ahead...its all about instant gratification with them (which is why their promiscuity and crime rates are so high, but I digress..)

Screw this nigger. He evidently dreams for the day when America becomes like South Africa and Rhodesia!