"O' what a tangled web we weave, when first we practice to deceive." 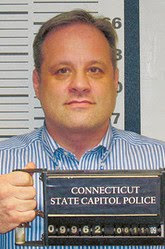 When you deal with the devil, don't complain about the heat. For love of filthy lucre, Turner thought he could play both ends against the middle and pull it off. He cast his lot with the Greatest of all Satans and thought he was invincible. But even the illegitimate government will not tolerate threats against its crime syndicate. Notice how the Great Satan will keep at it until it gets what it wants. 3 trials.

I hope this is a lesson to everyone to watch out for people like Turner.  He could have done a lot more damage to the Struggle than he actually did. Luckily, our movement at this point is so impotent that no one had the guts to actually follow through with Turner's provocations.


What really frustrated me was how many people just bought into this guy lock, stock and barrel. He was an obvious fake, a liar, and a fraud. Constantly begging for money, shutting off his site and then turning it back, faking heart attacks, claiming credit for incredulous feats like earthquakes. I mean, I'm not the most perceptive person in the world but damn, how obvious does someone have to be?!

Wake up, comrades. The struggle is going to get deadly serious here soon enough. Don't be a sucker.

On a side note, when the resistance starts psycho profiling potential recruits, one of the questions will be if you listened to Hal Turner and thought he was a true patriot.  A wrong answer will consign you to the martyrs automobile brigade, since that's all you'll be good for; a one bang charlie.  :)
Posted by Orion at 8:12 PM

I always tried to give him the benefit of the doubt. I excused the bombastic threats of violence as blowing off steam, but I eventually realized no one gets into White Nationalism to make a profit, if they do, they are frauds.

New WN rule, always ask associates "Are you or have you ever been a member of the Republican party? If so, how long was your association with it, and what was your rank within it?"

RADIO SHOW SUNDAY AT 9PM EASTERN
Title: Episode #31 – ZOG will REALLY Fuck U Up
Time: 08/15/2010 09:00 PM EDT
Episode Notes: Episode #31 — ZOG will REALLY Fuck U Up. Special Longer, Harder, & Uncut Episode. Hal Turner thought ZOG was his pal, and as a paytridiot ‘thought’ that he would spy on Whigger Nutsionalists. And so Hal Turner denied being a ZOGbot until the day that ZOG thought Hal Went too far and decided to fuck the Turdnerstein up. By the way, the baal-priests Sci-Fi Faber, jewromy Visser, and sundry ZOGbot pisser-possums are still running wild, eating shit & bothering pisspul. Edgar Steele, The Whigger-Whimperer, is supposedly facing trial, represented by a pub[l]ic pretender, like Halster Turdnerstein, to be held Monday. The Whigger-Whimperer better figure out quick, a way to derail the Railroad, or get jewst to living in a ZOG jewlag cage with the Halster & Tyrone & MuhDikkk X. Introducing a new parody song to the Lindstedt EIB Network (Erysipelas In Broadcasting) called “ZOG WILL Fuck U Up”, which is a variant on a somewhat blasphemous little ditty. So if you are gonna get butt-fucked by ZOG, and it is because YOU begged for it, then might as well enjoy the ride, even if only third-’hand’. Hail Victory!!!