Summertime In The Lou

TNB. Negros rob an Armored Car company, then stick around to see what happens. One went back to the scene of the crime and got busted. Man, you can't make this stuff up! 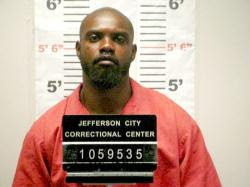 One suspect is in custody after police found $250,000 in cash in his car Tuesday morning. John Wesley Jones, 36, has been charged with leaving the scene of an accident and resisting arrest. Jones was also found with a single rifle round used for an AR-15 semi-automatic rifle.

Police noticed a black Dodge Charger at the scene of the robbery and found it as it attempted to flee the scene. The car was then involved in a crash at Olive and Compton. That's when police say Jones got out of the car and ran from the scene. He was caught and was taken to a local hospital.

Jones has a long history with police, including a seven year jail sentence for unlawful use of a weapon.

Meanwhile, the sizzling heat is bringing out the Negro. Here, one is videotaped engaged in minority banking. 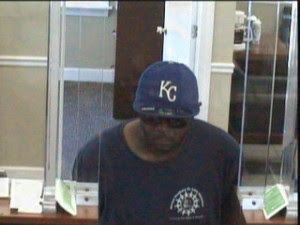 Haha, check out the PC description:

The man is believed to be in his mid 30's and approximately 5’ 11". He has an average build, dark complexion and facial hair. He was wearing a blue Kansas City Royals baseball cap with three authenticity stickers on the bill, sunglasses with large lenses, a navy blue t-shirt with a logo possibly from St. Alexian and light colored blue jeans.

Let's get it right. Suspect is described as a black male
Posted by Orion at 10:40 PM