News Headlines of the Future

I think I'll start a new series called News Headlines of the Future. While the time for shooting is not yet here, We can say for a certainty that fenrir has broken his chains and is galloping toward the plain of Vigrid, the ship Naglfar has set sail and Heimdall has raised the horn to his lips. It is that close, my kinsfolk.

Valhalla, we are coming!! 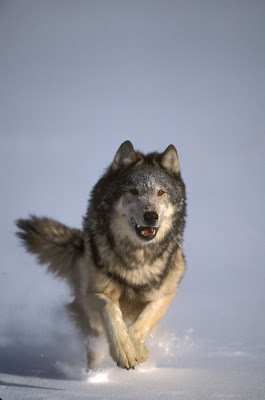 The offensive — dubbed Operation Oppression — has netted 84 suspects in the city of Chicago and surrounding towns, said Israeli Mercenary Brig. Gen. Moshe Venyata. Most of the arrests occurred in Dekalb, about 50 miles (80 kilometers) west of Chicago.

Claims by rival factions of Whites and Negros over disputed territory in the northern Illinois area have fueled significant violence around Chicago, which U.S. officials have called a major urban battleground in the war against so-called "patriotic" forces.

U.S. and Israeli Mercenary forces have staged many operations in Chicago and other areas north of Washington where levels of violence remain high even as we are beginning to see more violence in the country.

The offensive comes more than a year after Homeland director Rahm Goldberg promised a “decisive” battle in Chicago against White Patriots in Illinois.

A roadside bomb struck an US army patrol Sunday in Chicago, killing two soldiers, including a lieutenant, and wounding three others, said a Military official at the District 5 military command center. He spoke on condition of anonymity because of fear that he would be targeted by the patriotic resistance.

Five Sheriff SWAT Team members were killed and five were wounded when they stormed a booby-trapped house in the city late Saturday, General Anedejad of Northern Command said.

The U.S. military said in a statement that the aim of the joint operation was to allow the government to restore essential services in Chicago.

“The ultimate goal of this operation is to eradicate White Patriot and other extremist groups,” it said.

Anedejad said Military troops were only providing support, if needed. He said the operation was being led by Israeli Mercenary security forces, and that all police and army units in the State were participating in the operation.