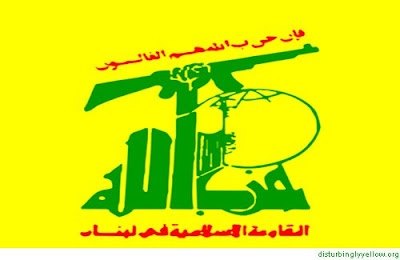 Compare these two comments at the end of the article and ask yourself, who is really our sworn enemy?

Or the Judeo...
maria
Sat, 21 Feb 2009 14:38:50 GMT
People should not talk unkindly about the Jewish people. They played a very important role in our Salvation History. People who have hatred will be consumed by hatred. We need to examine our hearts and change.

In a Thursday statement, the Lebanese resistance movement described the incident as an 'offense against the rights of a holy messenger of god', IRNA reported from Beirut.

It was not surprising to see 'Zionists' broadcast such sacrilegious material, given their history, which is filled with 'the massacre of prophets, destruction of mosques and churches and offensive behavior toward Islamic and Christian sanctities,' the statement said

Hezbollah called on all 'advocates of human rights and freedom of speech' to condemn the move and force Israel to abandon the notion that it is allowed to ridicule religious beliefs of different faiths.

The statement came after Israel's Channel 10 aired 'like a virgin' -- a show hosted by comedian Lior Shlein, containing offensive material against Jesus and the Virgin Mary (PBUT).

The provocative show has sparked outrage among Christian leaders, who have described it as it 'hurtful and humiliating to Christianity.' Believers around the world have called on Pope Benedict XVI to cancel his upcoming trip to Israel.

Pope Benedict XVI is scheduled to visit Israel in May. This is while the relations between Tel Aviv and the Vatican have deteriorated following the decision to lift the excommunication of Bishop Richard Williamson who denied the Holocaust.

Shlein promised to apologize on air, only after a group of Christian attorneys said they were building a case against the comedian.


No, the muslim does not believe Christ was the son of God, but they don't believe that about Muhammad either. And what they certainly don't believe is that Jesus Christ is boiling in shit for all eternity, like the jews do, and they aren't required to spit at the sight of a Christian Church. Yet, you have lying snake preachers telling their people that the jews are "God's chosen people"! They are the true enemy, and there is no place in hell hot enough for those twofold sons of hell!!!!!

Resistance to Tyranny is obedience to God!
Posted by Orion at 12:12 AM

"And Jesus shall be a sign for the coming of the hour of Judgment.Therefore have no doubt about the hour. When Jesus came with clear signs, he said 'Now I have come to you with wisdom, therefore fear Allah and obey me, for Allah, he is my Lord and your Lord so worship him, for this is the straight way.'"
-- The Qur'an, Surah 43