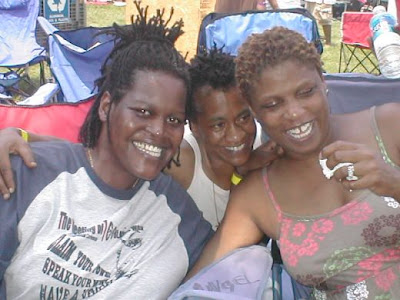 Ah, the joys of multi-cultural, increasingly niggrafied South City! At least they ain't having any chilens, hopefully.

The unidentified 26-year-old victim was in serious but stable condition at a local hospital.

Police have not released information about a suspect.

The woman was leaving the restroom at the club when she was stabbed in the abdomen about 2:35 a.m. today, police say.

She was rushed to a hospital, where she underwent surgery.