Found under our Insurgent and Survival Studies.

According to Defense Tech, guerilla snipers in Iraq are now polishing their craft online, with a web-based training manual. The manual was recently translated, turned in to a presentation (which you see here), and given to Defense and the National Interest by an American government worker in Iraq.

"We posted it primarily to make it widely available to U.S. troops, including those in the U.S," the site's editor, Chet Richards says.

In the same vein, Military.com has posted it here.

In the same vein, Access St. Louis has posted it here so you'll know what to do when they come for you in the name of Jewish Democracy.

Who would you shoot? A training exercise! 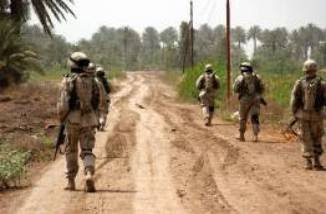 All this was picked up off of Terrible Tommy's News and Views for March 10:

We've been doing some training for our upcoming deployment, and I think it's for the best that I learn the techniques the insurgency uses, as well as our counter techniques. I'll still report on my experience in basic combat (fighting rifle to rifle), but for now I'll share some things I've learned.
The insurgents are employing sniper ambush attacks on our soldiers since the start of the war. They're very effective from what I've heard. Here are some of the tricks they use: 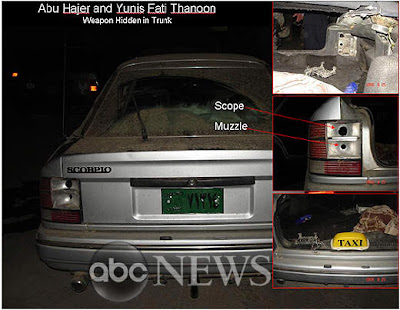 1.) The insurgents have been taking vans and sedans, and have been turning them into mobile sniper units. They typically remove the back seats (or cut out a hole) so the sniper can lay prone in the vehicle, and they drill tiny holes either in the break lights or somewhere on the vehicle's exterior, allowing the sniper a tiny window to shoot yet remain hidden. It also makes for a great escape vehicle. Search "hidden insurgent sniper car" on Google Images for a picture.
2.) Snipers only attack completely stationary targets, that is stationary guards and patrols that have stopped moving all together.

3.) They also have a loose hierarchy of targets. They shoot civilian contractors first, Iraqi Police/Iraqi Army second, and US soldiers third. You can read about it here in one of their manuals: Iraqi Insurgent Sniper Training.
I hope this helps. I certainly don't like it when sand niggers kill white soldiers, but we have to study the successes and failures of insurgency regardless.

I agree. A bright young man. I hope he makes it back to help us in our coming insurgency. We need men like this.
Posted by Orion at 8:19 AM