Good News! Jewish State to Get Full Funding From US Taxpayer!

While millions are out of work and millions more live just one paycheck from this: 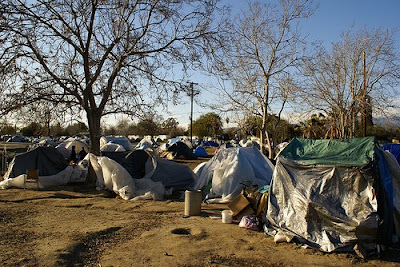 And desperate people go on rampages because of a deteriorating economy, leaving a trail of death and grief in their wake 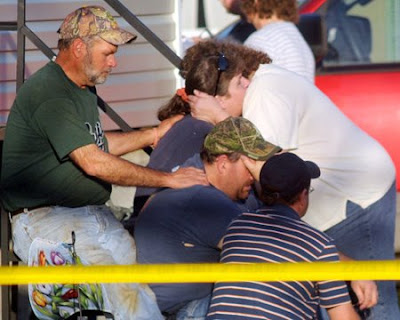 What does the ILLEGITMATE GOVERNMENT DO? Why, they make sure the jewish state is well taken care of:

The $3.5 trillion document passed by the Senate includes a $4 billion boost to the foreign operations appropriation, bringing it up to the $53.8b. sought by President Barack Obama.

Sen. John Kerry (D-Massachusetts), chairman of the Senate Foreign Relations Committee and co-sponsor of the amendment, defended the move as important to advancing moderation in the Middle East. 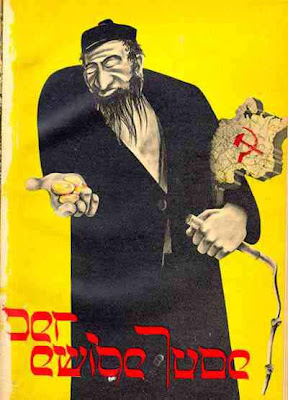 And to make sure the White man is taken care of, the jews are busy on another front. From the same article:

Also on Capitol Hill on Thursday, a coalition of rabbis and Jewish community activists were joined by members of Congress at the presentation of a petition with thousands of signatures calling for comprehensive immigration reform.

The petition urges the government to take legislative action rather than conduct wide-scale raids on illegal immigrants, a practice that began to occur with increasing frequency once former president George W. Bush's attempt at overhauling immigration policy failed with no resolution on how to handle the millions of foreigners without work permits in America. The Obama administration has been reviewing the issue ahead of unveiling a new policy on the contentious subject.

No need to worry though, THIS BITCH 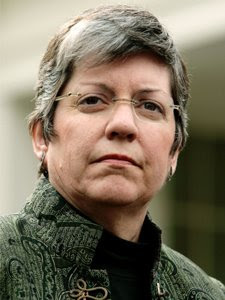 has already called a halt to "immigration raids", which were nothing more than shuffling our soon to be citizens 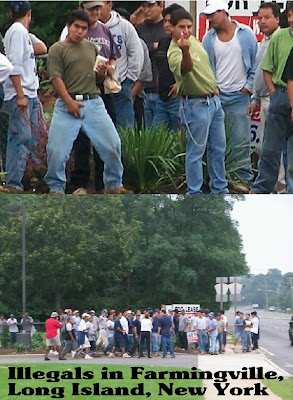 from one place to the next.

So! What to do? Your time to decide is coming fast. There is only one course of action left to us when the ILLEGITIMATE GOVERNMENT makes it's move: 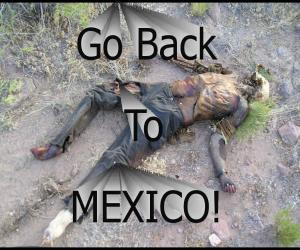 Because they have already sent you a clear message:
FUCK YOU, WHITE MAN! 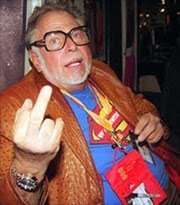 What will you decide?

Here's laughing at you, suckers!
Posted by Orion at 8:19 PM

What's most dismaying to me is the number of people, even the like minded among our circles,who are in full denial about who truly runs this show in spite of the ever growing mountain of evidence that makes it as plain as the hook noses on the faces of the chosenites.

I've actually got a guy who lurks at my blog who says we are wrong about the jew: it's really the catholic church behind eroding morality, nigger loving, and illegal immigration. This same fellow was laughed out of the old DIC forum for purporting the same silly bullshit that Ted Kennedy is the manchurian candidate responsible for all that ails us as White people.

This is in part why I no longer make it my business to drag obstinate donkeys to the pool of knowledge for a deep drink. If you're not up to speed by now, you will be by the time ZOG puts you in one of their nice FEMA camps(or simply liquidates you on the spot and writes in their report that you died as an "enemy combatant").

As much as I'd love to tell 'em "told you so" when that happens, we're going to be kind of busy enacting the decision that I personally made a long time ago.

Yer right, they are an arrogant and falsely assured lot.

Literally shaking it in our faces like those stinking spics outside of Home Depot ... thinking they're getting away with it.

You know what the first thought that came to my mind ...

Any farmers out there can correct me ...

I remember a sermon Pastor Pete did years ago, speaking about the parable Christ spoke in Matthew
13:24-30 and even explained in vss.
36 - 43.

P.Pete said that the wheat bow over being full at harvest time while the tares stand tall and obvious (and quite useless).

Who hath ears to hear, let them hear.

Greetings to Reichsmarshal also ...
looks like we almost collided ! I'm trying to get caught up on my rounds too.

I'm of your mindset there. Biblical phrasiology of it is -
by now you should be partaking of meat
(weightier matters),
but you still have need of milk (the very basics of understanding what's really happening).

They've been goof balling it with every jew distraction they could grasp.

They are the ones who will suffer for their lack of concern or disinterest. Aint like we all haven't been trying to wake 'em up.

Yep, too much to do and we quit expending energies and time on lost causes ... of which, regrettably, many are.

I was at work today and decided to do something dangerous and actually talk to these two co-workers about our situation only in the context of the black plague, since bringing up jews is just too much for the average joe. One used to live in East St. Louis as a kid and the other just moved from the jungle of Saint Louis to the burbs. Do you think they would get it? All I heard was "It's environmental" and "there are white niggers too". I tried to explain that environment has only a small part to play in intelligence and behavior when everything is considered. I tried to point out the example of Haiti, South Africa, Nigeria, Detroit, St. Louis and gave some stats to back up my claims.

Did it register? No. So I think you are right RM. If they aren't up to speed on the even the race issue, then they will never understand the bigger picture, even when the camps open and the ditches fill up.

How does the unemployed redneck Nazi solves his problem.
HE KILLS HIS FAMILY

Are u unemployed too, meaning Boom and your family is gone too.

How does the unemployable shitskin savage nigger address its series of contrived grievances of "oppression" and other perceived "injustices"?

It boils its chilruns in scalding water(ghetto lobster)or simply fires up the grill for some baby back ribs(literally). It abuses its own fambly, often times sexually(as statistically proved), always physically. It rapes, murders and destroys everything within its path, with the most damage being done to its own habitat. If not bolted down the nigger will steal it. But it is never the nigger's fault("i didun do nuffin!!!")when it comes time to pay for its misdeeds. The blame is laid at the feet of the omnipresent and ubiquitous honkey devil.

Keep up the good work, feral niggers. Your hand in aiding Natural Selection and righting Nature's tragic mistake is greatly appreciated. Keep it in your own "hood" however. Come to my neck of the woods with your TNB and you wont ever leave. No one will ever even know. No pesky surveillance cameras covering every angle out here...(if a nigger dies out in the boondocks, does his death rattle make a sound...?)

Kwans are too damned stupid to even notice that there is a race war going on and that it is against them. Let alone them ever figuring out the Filthy Kikes directing it all.

You have to open their eyes slowly or they will remain blinded by the holohoax.(I'm not saying this is possible for porch monkeys, just humans who haven't woken up yet) Who Rules America is an awesome eyeopener document that names names of the hooknosed kikes for each and every jew media, jew news, and jew recording company. Once the eyes are opened to exactly who is running the show completely and totally about EVERYTHING they see and hear, people start to open up: "What, the holocaust was a HOAX?" Then they discover the mountain of evidence that has been concealed not just about the great jew lie of the holohoax, but everything else. LOOKOUT YOU FILTHY KIKES, WE KNOW WHO YOU ARE AND WE'RE COMING FOR YOU! -KIKE KILLER

It is high time we round up jews and place them into labor camps or expel them from America. Hitler was right.

A revolution will soon be at hand.