Wake Up, My Fellow Missourians!

This happened not in California, not in Texas, but in North Carolina, about as far from Mexico as you can get. Apparently, not far enough. Do you want to come home one day and get the news that your little girl is gone forever? This is the future, a South African future, unless we put a stop to it, NOW! You can start now by calling this greedy scumbag in St. Charles and ask him why he feels he needs to hire Mexican Invaders and endanger White neighborhoods. Then, you can call these guys and tell them to earn their overpaid salaries and get to work! I normally don't advise having anything to do with ZOG but short of shooting the bastards it's the only thing we can do, for now.

Mexishit who attempted to carry off our genetic heritage, stopped by brave 15 year old white MAN. 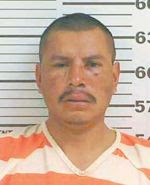 Also blogged at Curt Maynard's Blogsite
Posted by Orion at 2:11 AM

While we're at it, Charu, why don't you get the fuck out of my country too? Why is it that every story like this has a mud reporting it? Well, we all know the answer to that, don't we? Of course!

This is what our ancestors went through when they first came to this land. Now, because of the jews and global capitalists who only see profit first, we are going through it again. As Tom Metzger says, our race problem has stemmed from our economic system.

I can't wait to hang the greedy bastards from every overpass and lampost in this country!