Ode To A Warrior 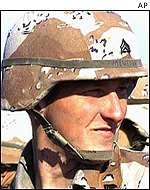 OUT of the night that covers me,
Black as the Pit from pole to pole,
I thank whatever gods may be
For my unconquerable soul.

In the fell clutch of circumstance
I have not winced nor cried aloud.
Under the bludgeonings of chance
My head is bloody, but unbowed.

Beyond this place of wrath and tears
Looms but the Horror of the shade,
And yet the menace of the years
Finds, and shall find, me unafraid.

It matters not how strait the gate,
How charged with punishments the scroll,
I am the master of my fate:
I am the captain of my soul.


What about Timothy McVeigh? No one can argue seriously that he bombed the Federal building in Oklahoma City because he wanted to kill or terrorize civilians. Neither terrorism nor killing civilians was his goal. He bombed the Federal building to punish the Federal government for its murderous behavior in burning the Branch Davidian church in Waco, Texas, two years earlier. He wanted to send the government a message that its behavior would not be tolerated. And part of that message would be the killing of the government's secret police agents -- FBI and ATF agents -- who worked in the building. The fact that his bomb would kill not only secret police agents but also civilians, including the 19 children in the day-care center, was regrettable but unavoidable: collateral damage. Timothy was at war against the government, and in a war civilians are killed even when they are not deliberate targets, as they were in America's war against Germany. But of course, none of America's controlled media accept that view of the matter. Timothy is "evil"; Timothy is a "monster." The American pilots who strafed German refugee columns were just soldiers doing their job...

we should understand that however tactically wrong the bombing of the Federal building in Oklahoma City may have been, and however regrettable the killing of innocent civilians in that bombing, Timothy McVeigh is no monster. He is a soldier, and what he did was based on principle. He justified his actions on the same basis that soldiers always do: he was at war against a government that is at war against his people.

I know that most Americans prefer not to think about that. Most Americans don't want to choose sides in this war. Most just want to pretend that there is no war and get on with their lives, and it's easier to follow the lead of the media and regard Timothy McVeigh as a monster than as a soldier. But there is a war, and in this war the rule is: Whatever is good for our people is good, and whatever harms our people is evil. That is the morality of survival.

Im glad I'm not the only one who can see through the government sponsored propaganda...
"collateral damage" does not make him a terrorist....if you think that it does...than what do the "drones" in Afghanistan make our government?
One day people will be praying for help to stand up against this tyrannical government!!

If you want to see some REAL terrorists check this,
www.todayperhaps.com/police-brutality

Exactly, and that's why I quoted Dr. Pierce because he put it together a lot better than I could.

I posted this at exactly 7:14am on June 11, the date and time that the enemy took him away from us. I miss Timothy very much. He was the model soldier every white patriot should strive to be: Defiant even unto death.

As to Katyn, that was also justified. Poland was better off without those parasites, and Comrade Stalin did the Polish peole a great service.