Missing Link arrested for axing about where his shoes be is. 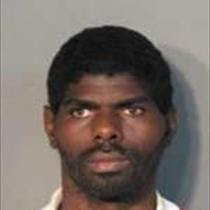 According to police documents, 41 year-old Larry Miller has been charged for making non-emergency related 911 calls. Police say Miller called 911 to report that his nephew took his shoes. Miller called another time saying that his nephew had his medicine. But police say when officers arrived, they found the medicine in Miller’s pocket.

Not being able to find his phone or five dollars are among the reasons Miller called 911, said authorities.

Police say they have warned Miller several times about the calls, but he told them that he would continue to call 911 about his shoes.