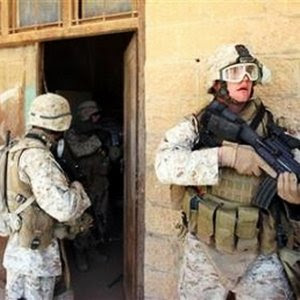 The most vital example of American state terrorism being translated into war and regime change is Pakistan, which is also currently the hottest spot in the government plan to ignite world war. It is here where you can clearly see the circular logic that fuels the terror war. American-funded “Islamists” are destabilizing Pakistan to justify American intervention to seize Pakistani nukes before the American-funded “Islamists” can get their hands on them.

Not only is the United States and it's master, Israel, getting ready to spread the "war on terror" to Pakistan, it's trying to inflame India into joining the Great Satan to destabilize Pakistan.

You can read more about the greatest sponsor of state terrorism here as we introduce a new website from the left, The Online Journal.
Posted by Orion at 8:28 PM