Credit Default Swaps were referred to by Warren Buffett as "Financial Instruments of Mass Destruction". Here is your Saddam Hussein. Hey look! Another member of the Oppressed! Awww, bless its lil heart, she was just trying to help out her fellow oppressed while making a quick buck awww...she even had time to have a baby. Wonder what race it is...Indian? Paki? The English girls love their Indians. Wanna bet she's not even married? Hey, she's a 21st Century girl! 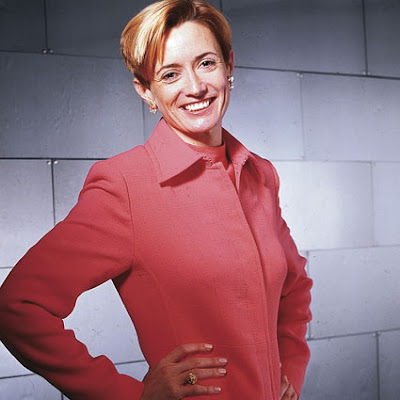 "When Blythe Masters checked into a London hospital to have her baby, she brought a wireless device to get quotes on commodity derivatives. It remained unused. “Funnily enough, it turned out that being a mother was somewhat more time-consuming than I thought it would be,” Ms. Masters says. Her passion for trading derivatives has served her well at J.P. Morgan, which she joined in 1991 after she got a degree from Cambridge University. Ms. Masters made her career early on by recognizing the potential for credit derivatives, hedges that banks use to offset the risk of loan defaults. Despite her youth, she had enough gravitas to convince regulators around the world of the essential soundness of the little-known financial instruments."

It's a woman's world.