Still think your government is "for" you? It's not, it's an agent of Global Governance. Anywhere the Great Satan appears, it brings death, destruction and misery, creating a hell on earth that any sane person would want to escape from.

Say hello to your new neighbors. 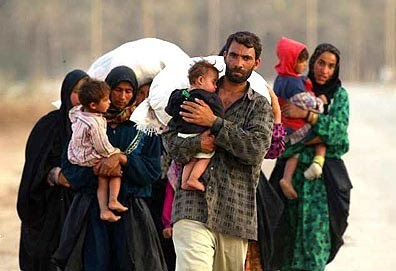 The United States expects to admit a minimum of 17,000 Iraqi refugees in fiscal 2009, which begins October 1, the department's senior coordinator for refugees said. Thousands more Iraqis and their family members could arrive through a special visa program for people who worked for the United States or its contractors.