Guerrilla Politics and Other Insurgent Tactics

There are many in the Struggle who advocate withdrawing from the System and not getting involved with politics. I understand this position completely, because the System is totally arrayed against us. Now we are faced with two completely jewish candidates for President of the United States. Both will continue the war, raise taxes, work for the corporate interests and most importantly, both will take orders from their Jewish Masters. So the sentiment has always been, "Why vote? What good does it do us?".

Although I agree with most of Mr. Metzger's positions, I disagree with the position of shunning system politics. While I understand that even if our side were to win the presidency of the United States tomorrow, the system would refuse to swear our guy in. However, I believe the concept of "little war" or Guerrilla War, against a powerful enemy is useful here.

For example, registering to vote will automatically put you in the jury pool, where you can practice jury nullification or refuse to convict on so-called "hate crimes". With jury nullification, you can nullify any law that is anti-white. You can refuse to convict on anything. You can also hang a mud, which is always good. Therefore, I urge every White racist/racialist/nationalist to register to vote.

Although you really can't make a difference in national politics, you sometimes can on the local level. Usually, Politicians get their start in local politics. A jew running for a judgeship, or a black running for council, can many times be stopped at this level or at the very least, the fight can poison the atmosphere and make the person's term ineffective.

Another area is creative agitation. Here's an example. Recently the RNC announced that it would be spending 2 million on Security for it's campaign headquarters in light of the recent attacks in Kansas City and Pennsylvania. Now, one's first reaction would be indignation and anger, but this is only if you are a reactionary right wing conservative. What a revolutionary would be thinking is ways to amplify this situation. For example, you could put out signs that say something like "THE TIME FOR WHITE RULE IS OVER! LONG LIVE OBAMA AND THE PEOPLE OF COLOR!" and sign it something like, "Coalition of Black men and white women for Obama" or "The coalition of black and brown". You get the idea. You could even buy a 9 dollar throwaway cellphone and call the RNC and..well, be creative! Think Revolutionary!

Here's another example: This Story found at the St. Louis council of Conservative Citizens is dynamite. You could take these pics 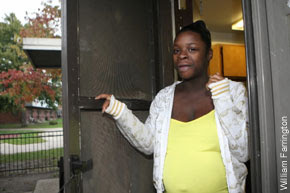 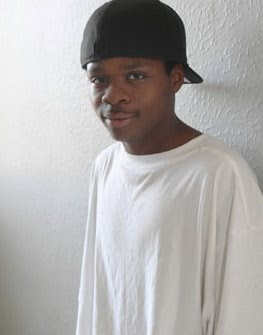 And caption them with something creative like "Jamal and Lequisha just cancelled your votes 71 times" and either make up a poster or flyer and plaster it all over white areas. You could also order some obango 08 stickers and plaster them all over negro areas.

In short, revolutionary minded people want the system to crash, and participating in the political process can hasten this. We should not just sit on our hands and complain, but get out and help the bring on the conditions that will result in the ZOG losing all control. When that happens, taking care of our jewish race problem becomes one hundred times easier.

For those about to revolt, we salute you!
Posted by Bloody Bill Anderson at 6:31 AM