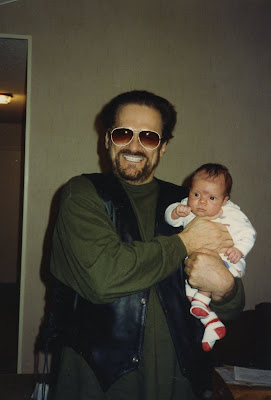 Think you'll hear this on the evening news? If you answered yes, then you need to pull yourself off the Matrix. Also, when pointing out the genetic nature of Negro crime, The aforementioned Negros like to hoot and holler back that Whites make up most of the child molesters and serial killers, which is just more jewish brainwashing regurgitated as fact. Meet "Pastor" Tony Alamo, The poster boy for today's Main Stream Judaized Xianity. BTW, if you run into someone that is named after a city, a color, stone or something weird like "Alamo", you can discern with reasonable accuracy that the person is a Jew.

Authorities did not say when minors were taken across state lines or which states were involved, but Alamo has ministries in California and Arkansas.

FBI documents identified Alamo by his birth name, Bernie Lazar Hoffman. Alamo has said he was born Jewish but converted to Christianity.