Call of The Blood - Part II

A Missouri Negro travels to California and rapes a 90 year old woman.

A traveling magazine salesman from Missouri pleaded guilty Tuesday to charges that he raped and killed a 90-year-old Lafayette woman in her home three years ago...Vuori was bound and gagged in her Moraga Boulevard home, sexually assaulted and found smothered to death on Dec. 10, 2005. McNew, who worked for Overachievers, a Missouri magazine-subscription company, then took $18,000 in savings bonds and $200 in cash and Vuori's keys.

I was living in the Bay Area when this happened. They had grabbed another negro that was seen in the area but released him after DNA evidence failed to place him at the scene. Lafayette California, for those of you that don't know, is an upper middle class suburb of Oakland in Contra Costa County that is about 80% White. Nowadays, that doesn't mean anything, especially in the Bay Area, where Muds can travel freely on the BART rail system and county buses.

Think for a second. In 1920, when this woman was 5 years old, America was 90% White. California, with only 8.9 million people, was 95% White. America was clean and safe. Little white girls could play anywhere they wanted without fear. People kept their doors unlocked. I'll bet as a little girl, growing up in White America, she could never imagine in her wildest nightmares that her last moment on earth would be the image of a repulsive mongrel as he strangled the life out of her. I'll bet many of you don't believe this will happen to you, or your children, or your children's children. You would be wrong. Because a little girl born in the year 2000, who reaches the age of 90, will be living in an America that looks like this: 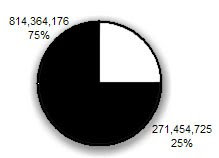 This is the fate of our race, of our women and our children, if White Men do nothing and allow the enemy to win. We are the future Palestinians, if we do not fight back, and fight back NOW.

I think the barbaric crime of rape is reported with way too much familiarity, too little emotion. It seems to hold about as much shock factor with folks as a traffic accident.

It is a horrible and despicable act that can destroy body and soul. A single incident should be enough to inflame national outrage but look at the hundreds , yet thousands of times it occurs yearly. To our shame it happens all too frequently.

As you say - too many are far too complacent concerning the fact that yes, odds are increasing that YOU will become a victim.

I cannot bear to think of what this poor elderly woman went thru. I think I will have to admit that I would take exceedingly great pleasure in taking my time to show this hi yeller nigger what pain was all about.

I too know moraga/lafayette,area. Your right, jump on the freeway for ghetto land and your their in 10 minutes to rape and plunder, while white yuppie liberal faggots sip coffee at starbucks and keep their cowardly heads up their asses. SICK! Thank you for the story, and to Jeff,va rebel, you too are so right. If the media would satrurate our society with the truth on black on white crime, mabye, just maybe, people might wake up. However, the public school/televison brainwash is severe and effective. I saw a friends 5th grader being forced to read "rosa parks". The book is how poor blacks are so decent and we whites so evil. hey friends, either home school or private school, and CHALLENGE what they teach your kids.

Good advice about kids. That's where they start and that's where we should start, because undoing years of brainwashing is a difficult task.

As for the media, it should be priority #1 when the civil war starts. And when I say media, I'm including the advertising agencies too. Drag 'em out of their homes and offices and force them on their knees before putting lead to the head. They are all most deserving of it.

For someone to do this to anyone, especially an old, frail woman, is beyond comprehension. Death is too lenient for these animals.

I agree that the media is so overdue for justice. The lies and damage they have afflicted on our once good country is overwhelming. The leaders,producers, and talking heads of todays media should be on public trial one day and given what they deserve.

That cop who shot the black punk at the BART station on New Years is from Lafayette.