Interracial Love or How I Got The Clap

Unbelievable Statistics. Add this to the AIDS numbers, and it's just another reason to stay White. Even though you can get an STD from a White, getting it from a Mud is almost a certainty. And guess what? Most of the cost for treatment of these diseases are on YOUR dime. Think about that as they debate health care in the enemy Congress. 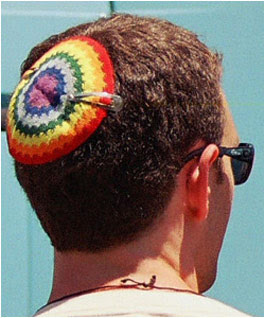 Blacks make up 12 percent of the U.S. population, but account for about 70 percent of gonorrhea cases and almost half of chlamydia and syphilis cases, the Centers for Disease Control and Prevention said.

Black women ages 15 to 19 have the highest rates of chlamydia and gonorrhea, and gonorrhea rates for blacks overall were 19 times higher than for whites, the CDC said. 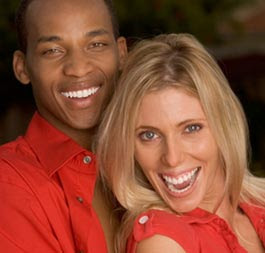 Dr. John Douglas, who heads the CDC's division of sexually transmitted disease, or STD, prevention, said overall syphilis, chlamydia and gonorrhea rates are unacceptably high. Cases of these three STDs are reported by U.S. states to the CDC.

In 2007, 1.1 million U.S. cases of chlamydia were reported, up from about 1 million in 2006 and the most ever, and the rate rose by 7.5 percent from the prior year, the CDC said in a report. Douglas said the figures may reflect that more people are being diagnosed rather than a rise in infections.

In addition, more than 350,000 cases of gonorrhea were reported in 2007, essentially unchanged from 2006, the CDC said. Gonorrhea rates fell dramatically from the mid-1970s through the mid-1990s, with little progress since.

Chlamydia and gonorrhea are easily diagnosed and treated, but frequently have no symptoms and remain undetected.

Untreated, chlamydia and gonorrhea -- both bacterial infections -- can cause pelvic inflammatory disease and infertility in women. The two infections also can cause ectopic pregnancy, chronic pelvic pain and other health problems.

"Of all the causes of infertility, this is probably the most preventable -- since these infections can be prevented, diagnosed and treated," Douglas said in a telephone interview.

In men, gonorrhea can cause a painful condition of the ducts attached to the testicles that cause infertility. Gonorrhea also can spread to the blood or joints and can be life threatening. Chlamydia complications among men are rare.

Douglas said to avoid STDs, teens can delay the beginning of sexual activity, people can limit the number of sexual partners and use condoms. "Condoms have risk-reduction value for every sexually transmitted condition," Douglas said.

Syphilis is less common than the others, with 11,466 cases reported in 2007. Rates rose 15 percent from 2006. Syphilis rates dropped by 90 percent in the 1990s to a record low level in 2000, and officials thought it might disappear as a public health threat before its resurgence this decade.

Syphilis has increased each year since 2000 -- its rate is up 81 percent -- with gay and bisexual men representing 65 percent of cases, the CDC said.

The thing is these White Mudd Shark Whole will bring their Shitskin deceases back into the White communities and not tell anyone that they are a Turd muncher.

That's for sure. Just makes ya appreciate our aware White Women that much more. Short or tall, big or small, I luvs 'em! Big Group Huggles!!!!!!

What's interesting is that not even the threat of disease will keep people from crossing the line. I remember reading an article about white women going to Kenya, and other places, for sex.

Also, there are many variables behind the STD stats.

Sadly, you're correct. Perhaps if we had kept laws in place outlawing faggotry and miscegenation, we'd be sexually and genetically healthy. What do you think about that, Lormarie, Doctor of gynocentricity?

Just today we were having a conversation with a woman whose children saw an interracial couple (WF and BM - what else, right?) with a new baby. The man was holding the baby, and it was lightskinned not only for being mulatto, but because he/she didn't have his/her full pigment yet. The children told their mother right in front of the couple, "That black man is supposed to have a black baby, not a white baby!" Children are so honest. :D

I think the reason a lot of white women go for black men is that they instinctually (as with these children) know that they're smarter than they are and can rule the roost easier than they can with a White man. They'd rather have feminism, disease and poverty than submission, health and prosperity. We wouldn't have WFs going for BM's without feminism. No White father is going to give his White daughter to a Negro. That's why the state got involved with marriage anyway and started requiring marriage licenses - because of miscegenation. Interesting.

Both feminism and miscegenation are Marxist, so these things are all connected. Plus, the women can rule the roost because a black man will let them. Negro culture is matriarchal and the women run everything. How convenient for a feminist White Woman. All the white women I've known who are married to black men also have an obesession with his dysfunctional mother and sisters' lives as well and love being the White Shee-ra-Type savior in the family. It's pretty sick. Maybe someday I'll write a book about my theories as to why White women throw themselves at Negroes.

Sadly, you're correct. Perhaps if we had kept laws in place outlawing faggotry and miscegenation, we'd be sexually and genetically healthy. What do you think about that, Lormarie, Doctor of gynocentricity?--Orion

I personally don't agree with outlawing miscegenation. However, my problem with such laws is that they were a bit one-sided in their implementation. They protected white women but they failed to protect black women and native American women from what I call "racist aggression" by white men. Such laws, in my opinion, can never truly be followed.

As shown by the article I brought in as well as many others, there is a reality that we cannot deny. Some white people are willing to pay thousands of dollars to travel to nonwhite countries for...

It should also be said that there are nonwhites who do the same.

What about Lesbians? LOL

Don't worry, Lormarie. When we implement the new laws, they won't be one sided anymore. Racemixing is wrong, no matter who does it. We want to preserve diversity, right?

And honorary Aryans are not allowed to carpet munch. Please refrain.

Don't worry, Lormarie. When we implement the new laws, they won't be one sided anymore. Racemixing is wrong, no matter who does it. We want to preserve diversity, right?--Orion

Such laws may be preferable for some. But there's a huge job ahead to get people to abide. Not even lynching or other forms of violence put an end to it?

And honorary Aryans are not allowed to carpet munch. Please refrain.--Orion

I'm neither lesbian, bi, nor curious. Just wondering why the focus is usually on gay men (whenever most people talk about gays).

Gay men (they are anything but "gay") are promiscuous and through their high risk behaviour spread diseases not only within their population but also to the general population through bisexuality. I used to live in San Francisco and got to view this culture up close. Well, not that close but close enough!

Homosexual women seemed to be more monogamous and not that much of a threat, healthwise. Male homosexuality also carries a high cost to the health care system. Not only STDs affect them, but many other diseases caused from inserting one's penis into another's colon and other places!

If we lived in a sane society these people would be separated from us or as Pastor Peters says, destroyed. Hopefully, we can start genetically treating people for homosexuality before they are born, because my observations were that there definitely are people who are born with this condition. The rest are recruited into the lifestyle or turned into little girls by their mother. I've seen that a few times.

About the race-mixing. Whenever two different races share the same space there will always be miscegenation. Even the ancient greeks commented on it. Of course, we know what happened to Egypt and the Aryans in Northern India as even the caste system there couldn't stop it. This is why separation is the only real answer to preserving nature's diversity.

About the race-mixing. Whenever two different races share the same space there will always be miscegenation.--Orion

First it has to be said that if one wants to preserve who they are, they should not be forced to participate in "race-mixing." My whole point is that "preservationists" don't realize that they have an impossible job ahead of them if they want to legislate race laws or expect everyone to follow them. Not even separate nations will solve it since, as I said before, people will travel all over the globe in order to gain "access to others."

Thanks admin
you have good post and nice blog
and i want to visit and subscribe to my blog STD Symptoms and Scabies Transmitted by Animals
thanks a gain admin ,,,