If you ever visit a racialist blog that allows negros to post (incogman's, for example), you'll find posts that refer to Europeans as...well, here's an example:

Now this doesn't even bother me at all, as it is a product of jewish indoctrination, and we all know how worthless that is to the truth. However, being the curious type, I wondered where these bright negros were coming up with this stuff. I then came upon a lecture (if you want to call it that) from 1848 by a Negro with the Euro slave name of Henry Highland Garnet, that with the benefit of a Western education, described for his mostly Negro "Female Benevolent Society of Troy, New York" audience, the wonders of Advanced Negro Civilization. It's entitled "THE PAST AND THE PRESENT CONDITION, AND THE DESTINY,OF THE COLORED RACE: A DISCOURSE.

In his lecture Mr. Garnet describes the condition of the Europeans while Africans were busy building the Civilization that was stolen by everyone else:

At this time, when these representatives of our race were filling
the world with amazement, the ancestors of the now proud and boasting Anglo Saxons were among the most degraded of the human family. They abode in caves under ground, either naked or covered with the skins of wild beasts. Night was made hideous by their wild shouts, and day was darkened by the smoke which arose from bloody alters, upon which they offered human sacrifice.

Mr. Garnet goes on to describe what would later be the basis for Afrocentric "thought", namely that Cleopatra and Hannibal were black, that Herodotus' description of the Egyptians as black proved it so (Herodotus was describing Egypt at the time of it's complete decay and racial descent, being that he visited there during the period of 450 or so, and not 2500 BC) and so on and so forth.

So, long before there was a Cheikh Anta Diop, or a W.E.Dubois, or Edward Blyden, we had Mr. Garnet, a negro educated by whites before the civil war who recruited negros to fight in that war.

What's really interesting in this speech however, is his amazing prediction for the future of the West, a prediction that must not come true, or in 100 years hence, another historian will visit America and describe the Americans the same way Herodotus described the Egyptians. He states:

This western world is destined to be filled with a mixed race.
Statesmen, distinguished for their forecast, have gravely said
that the blacks must either be removed, or such as I have stated
will be the result. It is a stubborn fact, that it is impossible to
separate the pale man and the man of color, and therefore the
result which to them is so fearful, is inevitable. All this the wiser
portion of the Colonizationists see, and they labor to hinder it.
It matters not whether we abhor or desire such a consummation,
it is now too late to change the decree of nature and circumstances.
As well might we attempt to shake the Alleghanies
with our hands, or to burst the rock of Gibralter with our fists.

The PDF to his lecture is here.

Could he be right? Could we go the way of the Egyptians? Will we be displayed in a museum (provided there are any after the extinction) like this:

Egyptian Queen Hatshepsut (notice the features and the hair, look woolly to you?) 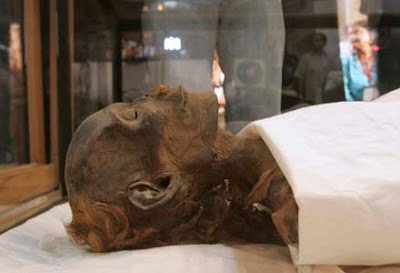 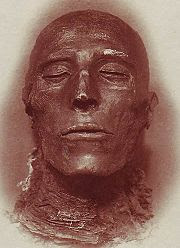 More on Egypt here and here.

We stand at a crossroads, people. What we do next will affect the future of our race and our children forever. It is our burden and our glory. We cannot fail, or everything will be lost forever. Irrevocably. Never to return. Are we going to allow that?
Posted by Orion at 12:57 AM

I want to tell this "incog" nigger that there was NEVER a black civilization. If there was, where are the remains? A race can borrow from another race, i.e. marco polo bringing back the pasta spagetti thing from china, but this does not stop the chinese from having this idea because someone else borrowed it. Listen, after being around niggers in the city where i grew up, and engaging them in debates at times on youtube, I have come to realize they truly are intellectually dumb, and they do not, and cannot, comprehend our intelligence. They have ALWAYS lived as ignorant savages, and still are.

Can't add any more to what you've said. I agree 100 percent.


The BNP (Black National Party) has been created to expedite the work of the Race Equality Secret Service (RESS).

The BNP (Black National Party) gets stronger as "STORMFRONT" gets weaker.

Shouldn't you be at the Black Power convention in Atlanta this weekend?!